As the only industry event that truly unites the quantum dot and phosphors communities in support of continued commercial advancement, the Phosphors & Quantum Dots Industry Forum will return in October - offering attendees a welcoming and collaborative meeting place to make important connections, explore new opportunities, share ideas, and prepare for the future of this rapidly evolving and vibrant marketplace.

Widely recognized as the global "intersection of academia and industry", this comprehensive, one of a kind conference features an agenda designed to offer attendees a unique balance of industry hot topics, technical research, and commercial innovations; uniting leading experts from all stages of development and all aspects of the luminescent materials value chain.

Attendees of this year's online conference will also gain full access to all content from the OLEDs World Summit, allowing you to tailor your conference experience to align with your current projects and fit your current current business needs. All presentations will be made available for on-demand viewing within the event platform, allowing you to revisit content and view any presentations that you may have missed during the event.

"A great opportunity for industry and academic experts to get together to network and explore the latest trends!"  OSRAM GmbH

Session I: State of the Industry - Phosphors, Quantum Dots, and OLEDs 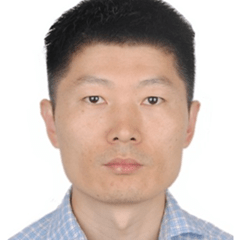 Dr. Yu-Ho Won received a Ph.D. degree in Materials Science and Engineering from Purdue University in 2011. Since joining Samsung Electronics in 2012, she has been working on the development and synthesis of eco-friendly colloidal quantum dots. Her current research focuses on quantum dots for light-emitting diode application.

Jason Hartlove joined Nanosys in 2008 with a proven track record of turning emerging technologies into successful commercial products. He previously developed the Optical Mouse which has sold more than one billion units worldwide and is a standard feature in all PCs. Hartlove also pioneered and developed key technologies used in CMOS image sensors in smartphone cameras, high capacity lithium-ion battery technologies and solid-state inverter technology used in solar and electric car charging systems.

His vision for Nanosys has led the company to successfully pioneer and develop Quantum Dot based display technologies. Today, Nanosys maintains a nearly 100% market share for materials used in these ultra-bright displays with lifelike colors sold by companies including Samsung, Vizio, Hisense, TCL, Acer, Asus and Sharp.

Prior to joining Nanosys, he was president of the Imaging Solutions Division of MagnaChip Semiconductor in Seoul, South Korea, where he turned an internally focused semiconductor group into a multinational company on track for an IPO. Before MagnaChip, Hartlove was vice president and general manager of the Sensor Solutions Division of Agilent Technologies, and previously held management and development positions at Hewlett-Packard.

Juanita Kurtin is Director of Materials Research for OSRAM Opto Semiconductors. Prior to 2018, Dr. Kurtin was the CTO and co-founder of Pacific Light Technologies (PLT), an Oregon start-up company delivering high quality nanomaterials to the solid-state lighting and display markets in order to increase LED efficiency and brightness. She has a background in the research of nanomaterials for various device applications, including transistors, solar cells, and light emitting diodes.

Prior to founding PLT, Dr. Kurtin was the VP of R&D at SpectraWatt, a solar cell manufacturing company, and also spent six years developing new device architectures at Intel.

Dr. Kurtin obtained her BS degree in Chemistry from the Massachusetts Institute of Technology, and her PhD in Physical Chemistry from the University of California at Berkeley, studying with quantum dot pioneer Dr. Paul Alivisatos.

Dr. Wenyong Liu received his Ph.D. from Chemistry Department of University of Chicago in 2014, mainly working on III-V quantum dots synthesis and its opto-electronic applications. And then he pursued his postdoc in Los Alamos National Lab until 2016, focusing on magnetic doped quantum dots and the relationship between exciton and external magnetic field. Currently, he works in TCL research as novel display expert, aiming at optimizing the lifetime, external quantum efficiency (EQE) and reproducibility of quantum dots light emitting diodes (QLEDs).

Dr. Liu has a long time experience on high quality quantum dots synthesis, especially for opto- & electro-luminescence applications. He is the first to achieve the large scale production of Cd-free quantum dots with high quality. And he also significantly boosted the QLEDs lifetime for Cd-based quantum dots with T95 of blue and red above 100 and 4000 hours at 1000 nits, respectively, both of which are one of best so far among reported results.

After obtaining her Masters in Nanomaterials cum-laude from Utrecht University (Utrecht, the Netherlands) in 2011, Dr. Van de Haar joined the group of Prof. Albert Polman at the physics research institute AMOLF (Amsterdam, the Netherlands), from where she obtained her PhD in Nanophotonics in 2016. She then moved to Seaborough as Project Manager and Materials Scientist, where she worked on developing new luminescent material systems for LED applications. Currently she is responsible for the Materials Group at Seaborough as Program Director Materials

He received B.S.E. degree in Light-industry Chemistry from Zhejiang Sci-tech University, China, in 2011. He then moved to Yokohama, Japan, completed his M.S.E and Ph. D in Organic Electro-chemistry from Yokohama National University, in 2015 and 2018, respectively.
He joined Sharp Corporation Japan, Tenri, Japan where he worked on developing device fabrication process of QD-LEDs since 2018.

A driving, leading force of lighting, sensors, and controls for commercial spaces.

GE Current, a Daintree company, makes the future brighter by delivering the most sustainable and highest-quality connected lighting solutions. We partner with our customers to create uplifting environments that are safer, more efficient and make a positive impact.

Our roots date back to 1879, when Thomas Edison invented the first practical incandescent lightbulb. He established the Edison General Electric Company a few years later.

We have never stopped building on Edison’s legacy and are always enhancing spaces with advanced lighting and intelligent controls.

With our divestiture from GE in 2019, and the acquisition of Hubbell Lighting in 2022, we remain committed to the commercial lighting industry and investing like never before to make the future of lighting brighter.

Backed by a strong technical support team and ISO-certified industrial sites, our offerings are available globally and meet stringent quality standards. Solvay offers product support from the research phase to pilot and commercial scale-up, working diligently to help customers achieve their goals, now and in the future.