The Phosphors & Quantum Dots Industry Forum program is shaped by a panel of expert advisory board members who know this industry inside and out. These professionals lend their experience and expertise to the program, ensuring a relevant and industry-leading event. Meet the Advisory Board members!

Professor at University of Utrecht 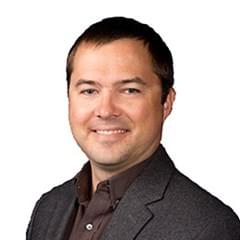 Founder and CEO at UbiQD, LLC 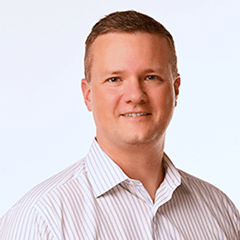 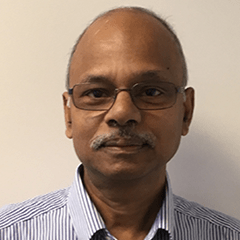 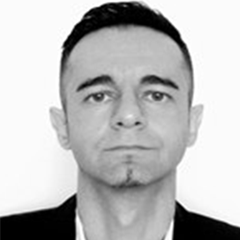 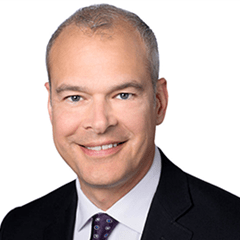 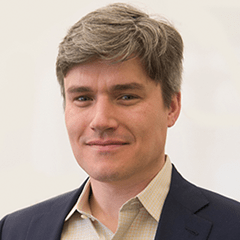 Professor at University of Utrecht

Andries Meijerink (1963) received his MSc and PhD degree in Chemistry at Utrecht University. After a post-doc in Madison (University of Wisconsin) he returned to Utrecht in 1991. In 1996, at the age of 32, he was appointed at the chair of Solid State Chemistry in the Debye Institute of Utrecht University where he leads an active group in the field of luminescence spectroscopy of quantum dots and lanthanide ions. In the field of lanthanide ions his work involves fundamental research on the energy level structure of both 4fn and 4fn-15d states and finding new concepts related to applications in solar cells, LEDs and scintillators, including the discovery of downconversion. Andries Meijerink received several awards, including the Shell Incentive Award (1995), the Gold Medal of the Royal Dutch Chemical Society (1999) and the Centennial Award for Luminescence and Display Materials from the Electrochemical Society (2002) and the Gilles Holst Medal (2019). In 2009 he was elected into the Royal Dutch Academy of Science.

Dr. Madis Raukas received his degree in Physics from the University of Georgia in Athens, Georgia, where he studied different materials for their light emission efficiency and quenching criteria with Profs. Yen and Happek. He joined OSRAM SYLVANIA Central Research in Beverly Massachusetts in 1997 and has worked since on understanding and developing various optical materials for lighting applications, from fluorescent to LEDs and lasers. Dr. Raukas currently leads the Materials R&D group for Ceramics and Polymers at OSRAM Opto Semiconductors. His research interests cover different LED and LD materials aspects with a particular focus on novel light generation and conversion schemes. His work has helped produce more than 40 scientific publications as well as numerous patents and he has been among recipients of several technology development team awards both nationally and internationally.

Jonathan Steckel is currently a Technical Fellow and Director of Advanced Technology in the Imaging Division at STMircoelectronics in Grenoble, France, driving the commercialization of colloidal quantum dot photodetector and image sensor technology. Prior to this he was a Lead Camera Core Technologist at Apple working on cutting edge light detection technology after a 4-year role at Apple as a Lead Display Technologist developing advanced display technologies. Before joining Apple in 2014 he co-founded QD Vision in 2005 and under his technical leadership as a Director of Technology, QD Vision commercialized the world’s first quantum dot enhanced LED light bulbs (Nexxus) in 2009 and the world’s first quantum dot containing TVs (Sony Bravia) in 2013, leading to QD Vision’s acquisition by Samsung in 2016. Jonathan received his PhD in Chemistry from the Massachusetts Institute of Technology in 2006, where he advanced quantum dot technology enabling its transition from the lab (MIT) to industry (QD Vision, Inc.). He has over 40 issued patents and over 30 publications in the areas of quantum dot materials, components, and devices for displays and sensors. In 2011 he was awarded the Semi Award for North America in recognition of his pioneering work in the commercialization of quantum dot technology and in 2014 he was awarded the Presidential Green Chemistry Challenge award.

Prof. Dr. Thomas Jüstel was born in Witten, Germany in 1968. He studied chemistry and biology at the Ruhr-University of Bochum from 1987 to 1992. He received his Ph.D. in coordination chemistry in spring 1995 in the group of Prof. Dr. Karl Wieghardt. Afterwards, he worked as a postdoctoral fellow at the MPI Muehlheim for Radiation Chemistry.

He was hired by the Philips Research Laboratories Aachen in summer 1995 as a Research Scientist, where he started to work on luminescent materials. Some years later he became a Senior Scientist and then he was promoted to a Principal Scientist in 2003. In spring 2004 he became a professor for Inorganic Chemistry and Material Sciences at the Muenster University of Applied Sciences. His research group deals with photochemistry, nanoscale and m-scale luminescent materials for LEDs, UV radiation sources and x-ray detectors. He also consults several chemical and lighting companies.

His work has been published in 100 papers and lead to more than 180 patents on luminescent compositions and their application in fluorescent lamps, plasma displays, x-ray detectors, and LEDs.

Ingo Koehler currently leads the department Future Display Business at Merck KGaA, Germany. In this strategic marketing role he is responsible for growing new business opportunities and new business models within Merck’s “Display Solutions” business sector. Between 2014 to 2018 he was Director Global R&D Solid State Lighting. In 2011 Ingo Koehler became the global director of Technical Marketing and R&D responsible for customers in the touch-panel and the photovoltaic markets. He worked in this field since 2007 as the R&D leader of new business topics. When he joined Merck in 2005 he was responsible for the development of OLED production technologies. From 2000-2005 he was responsible for product development in various companies working in the fields of glass fibers, laser processes, and the development of sapphire substrates for GaN-LED growth. Ingo Koehler was a member of the scientific advisory board of Fraunhofer ISE PV-TEC, Germany and holds a Ph.D. in semiconductor and solid state physics.

Juanita Kurtin is Director of Materials Research for OSRAM Opto Semiconductors. Prior to 2018, Dr. Kurtin was the CTO and co-founder of Pacific Light Technologies (PLT), an Oregon start-up company delivering high quality nanomaterials to the solid-state lighting and display markets in order to increase LED efficiency and brightness. She has a background in the research of nanomaterials for various device applications, including transistors, solar cells, and light emitting diodes.

Prior to founding PLT, Dr. Kurtin was the VP of R&D at SpectraWatt, a solar cell manufacturing company, and also spent six years developing new device architectures at Intel.

Dr. Kurtin obtained her BS degree in Chemistry from the Massachusetts Institute of Technology, and her PhD in Physical Chemistry from the University of California at Berkeley, studying with quantum dot pioneer Dr. Paul Alivisatos.

Founder and CEO at UbiQD, LLC

Hunter McDaniel, PhD is UbiQD’s Founder and CEO. He transitioned from a postdoc position at Los Alamos National Laboratory to the company’s first full-time employee in 2014. His vision for the company is to become the worldwide leader in quantum dot manufacturing by enabling new products that aren’t possible with toxic CdSe or InP QDs. He has extensive relevant technical experience as he has worked on both traditional II-VI QDs (including those that contain cadmium) and I-III-VI QDs. During his career, Dr. McDaniel conducted research at top-tier research institutions; Los Alamos National Laboratory (postdoc 2011-2014), Argonne National Laboratory (2011), University of Illinois at Urbana Champaign (PhD 2006-2011), and University of California at Santa Barbara (BS 2001-2006)). He is highly experienced in the materials science of semiconductor nanocrystals and their optoelectronic device applications (e.g., solar cells, LEDs) with over twenty research publications and more than 700 citations.

He earned his B.A. and Ph.D. in the Chemistry department at Pohang University of Science and Technology (POSTECH).

His research interests are the synthesis of environmentally friendly quantum dots and their display application.

Oleg B. Shchekin is the Senior Director of Device Architecture Section of Technology Research and Development at Lumileds. Work in his group is focused on interactions between LED building blocks and optimization of LED design through modeling and advanced characterization. Previously he headed up Phosphor Materials and Devices Section focusing on phosphor converted LEDs, luminescent material characterization their selection for maximum LED efficiency, and optimal color quality. His past professional pursuits include crystal growth and physics of long-wavelength GaAs-based quantum-dot lasers, and physics and manufacturing of integrated circuits based on thin-film organic semiconductor transistors His work has been recognized by various awards as well as industry review publications.

Dr. Alok M. Srivastava attended the Bombay University and graduated with a M.S. degree in Inorganic and Solid State Chemistry in 1981. He obtained his PhD in 1986 from Polytechnic University of New York, Brooklyn, New York. Dr. Srivastava began his industrial career at General Electric’s (GE) Global Research Center in Niskayuna, New York, in 1989 following a post-doctoral fellowship at Polytechnic University. At GE GRC he established the phosphor laboratory where he laid the groundwork for the design and development of luminescent materials. Dr. Srivastava worked with business executives and technologists across GE to develop optical materials for fluorescent and LED lighting (GE Lighting), solar cells (GE Energy), inorganic bio-taggent and scintillators (GE Healthcare, GE Oil & Gas and GE Security). Over thirty years, Dr. Srivastava has collaborated with multiple U.S. Government Agencies, International Universities and U.S. National Laboratories to advance the state of art in luminescent materials.

Dr. Srivastava’s research describes the relationship between the synthesis, crystal structure and optical properties of luminescent ions in solids. Dr. Srivastava is a prolific inventor holding a total of 141 U.S. patents. In 2010, he was named the inventor of the year by The Eastern New York Intellectual Property Law Association. Dr. Srivastava has authored or co-authored more than 100 publications in refereed journals.

Previously Eric has held various R&D, engineering, manufacturing and business development positions with the Fortune 500 Company Saint-Gobain, based in France and the United States.

Dr Eric Virey holds a PhD in Optoelectronics from the National Polytechnic Institute of Grenoble.

Dr. Mike Krames is a 25 year veteran in the optoelectronics industry, in both start-ups and large research and development organizations. Dr. Krames was formerly Chief Technology Officer at Soraa, Inc., an LED product company founded by Nobel Prize winner Shuji Nakamura. Prior to that, he was Executive Vice President at Philips Lumileds, where he ran the Advanced Laboratories and pioneered a multitude of programs in LEDs and luminescence, focusing on materials, devices, and systems for applications to lighting and displays. He is currently President & Owner of Arkesso LLC, a consulting firm based in Silicon Valley, California

Mike is a recognized world authority on visible-spectrum LEDs and their applications for lighting and displays. He has served on numerous roundtables and panels for the U.S. Department of Energy. He is an IEEE Fellow and has over 80 peer-reviewed publications and more than 200 patents granted worldwide.

Jonathan Owen grew up in Midland, MI experimenting in the garage with the help of his father who was a chemist at the Dow Chemical Company. Jon obtained a BS from the University of Wisconsin-Madison in 2000 and a PhD from Caltech in 2005, Following his PhD, Jon joined the lab of Professor Paul Alivisatos as a Petroleum Research Fund - Alternative Energy Fellow at UC Berkeley. In 2009 he joined the faculty at Columbia University where he is currently Associate Professor of Chemistry. His group studies the coordination chemistry of colloidal semiconductor nanocrystals, as well as the mechanism of nanocrystal nucleation and growth. Jon has received several awards for his work including: The 3M Nontenured Faculty Award (2010); The Early Career Award from the Department of Energy (2011); The DuPont Young Faculty Award (2011); A Career Award from the National Science Foundation (2012); The Award in Pure Chemistry from the American Chemical Society (2016).

Seth Coe-Sullivan is Co-Founder and President of NS Nanotech, Inc. Seth graduated from Brown University with an Sc.B. in electrical engineering and received his Ph.D. in Electrical Engineering from the Massachusetts Institute of Technology (MIT). An expert in quantum dot materials and devices for solid state lighting and displays, Dr. Coe-Sullivan holds numerous patents relating to quantum dots (QDs) and organic light emitting devices (OLEDs) and is a frequent invited speaker on the subject. His doctoral thesis led to the formation of QD Vision, a leader in quantum dot technology for QLED™ displays and a company he helped found. Dr. Coe-Sullivan has a proven ability to bring complementing products and technologies together, with additional experience in intellectual property strategy, technical marketing, and business development.